You may have heard one or more of these sentences if you ever had a boss which you feel was not a strong leader.

These five sentences should never be said by a boss:

A boss who typically says this is a leader who does not enjoy his own line of work. This will generally demotivate people into believing that their own line of work should not make them remotely entertained or let them feel joy from work. Such a comment can be a major downturn to any employees morale.

Besides being completely disrespectful, this shows that in a way, the voice of the employee as well as their thoughts, don`t matter at all! It is important to listen to everyone within a company!

This literally translates into “Sorry, but we don`t like change”. A sentence such as this is a strong demotivator to free thinking and innovation.

This, besides completely undermining your bosses own authority, may cause you to feel powerless.

This displays a lack of initiative and  a unwillingness to help other in their tasks. Offering a helping hand can go a long way!

Insight into the science of influence

This video shows us how you can use some principles of the law of influence to positively impact your daily life as well as how to sell your ideas professionally.

Marshall Goldsmith on the fruits of labor

Marshall Goldsmith tells us this time about how it is important not to become attached from the fruits of our labor, as this can stop us from enjoying the process, making us focus only on the final goal.

What do millennials expect from leadership positions?

As millennials are aging, they will be the trend setters for the recruitment industrie’s pathway and standards. 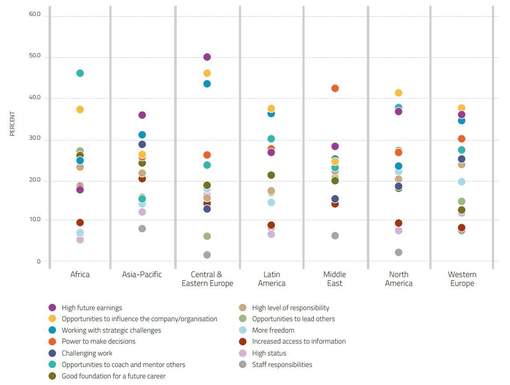 The above graph shows what millennials expect do be able to achieve once they reach leadership positions according to the continent they live in.

African millennials answered that their strongest desire is to be able to coach or mentor others. This is expected from a continent in which few have had the opportunity to reach college or university level studies. This wish is explainable due to the general existing desire to further develop the continent as a whole and give further opportunities to others.

Asia-Pacific on the other hand presents compressed preferences with the strongest being a strong desire to have higher personal earnings, very similar to central and eastern Europe.

A common denominator between Latin America, North America and Western Europe is that millennials mostly desire to influence the company which they work in. This can be understood through the point of view in which companies have already a longer tradition once compared to regions such as Africa or Middle-East, making it a strong wish of millennials to influence the companies which they have consumed products, making their contribution visible in the products offered as a result of their efforts.

The Middle-Eastern millennials display a different perspective on what they most desire once compared to all others: they want the power to make decisions! Interesting once compared to the rest of the regions, which this is a much lower ranking priority.

All regions have one low-ranking desire in common ffor leadership positions: Staff responsibilities. This can say a good deal about millennials in general in this aspect. They want the power to influence, higher earnings and even the chance to mentor and coach others, but don’t feel that they are ready for the staff responsibilities which may come along.

Do you think millennials are ready for traditional leadership positions?

5 things successful people don’t do on a daily basis 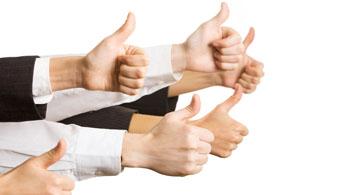 1. Wait until they are sure they will succeed

3. Check your mobile while taking to others

4. Let your past dictate your future